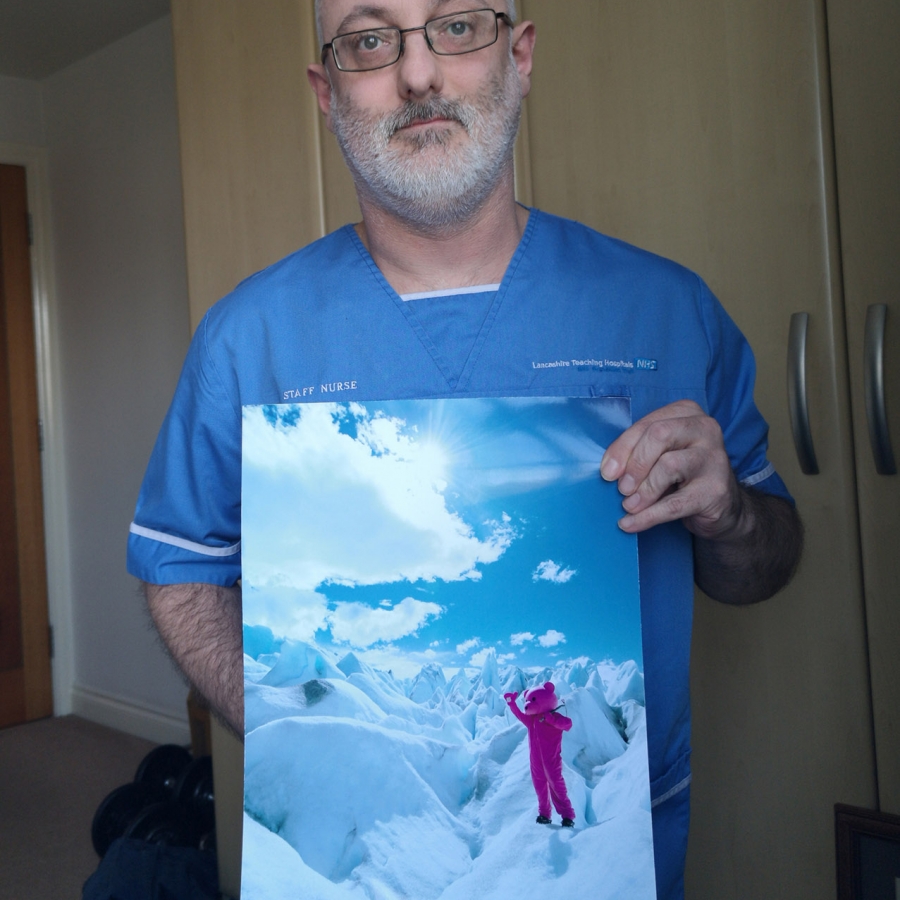 I Used To Be A Polar Bear

I decided give art work directly to NHS front line workers to bring a bit of cheer to their homes after a long day.

In the first week of January after a month away in Indonesia I fell ill with an insect bite, an insect bite from the UK! The infection spread through my entire right leg so I was admitted to hospital. I spent 8 days in hospital on an IV drip , being pumped with a cocktail of strong antibiotics, around 12,000mg a day. The initial small infection had turned into cellulitis and I was at risk of getting sepsis as I was not responding to the antibiotics. The Doctors decided the best action was to cut out the infection so that it could recover faster.

Throughout my stay I was stuck on the Clinical Decision Unit (CDU) which is right in the middle of A&E. Everyone in the unit helped me 24/7 to make sure that I was as comfortable as possible despite the constant stream of new patients coming in. On Friday and Saturday nights it was especially challenging as they had drunk patients coming in to the ward and they would often soil themselves, which the nurses would then have to clean up on top of everything else they had to do.

Over the next 8 weeks I had to go back every other day to get my leg packed so that the wound could heel from the inside out. Not a fun process.

All of this was done free of charge on our brilliant NHS! And everyone who helped me did so with a smile whilst putting me at ease.

Having experienced first hand how amazing the NHS is! And having seen in the media how at risk the NHS staff are by helping everyone who is infected! I decided give work directly to NHS front line workers to bring a bit of cheer to their homes after a long day. Hopefully making a small positive impact on their lives and mental wellbeing.

“It arrived today, and it's great! The perfect escape. Thanks so much :-)” Amy - Doctor - Glasgow

“Things that cheer us up make a big difference at the moment.” Jo - Nurse - Lancashire

Below are a few of the amazing NHS front line workers who were nominated by friends and colleagues to get a piece of my art.