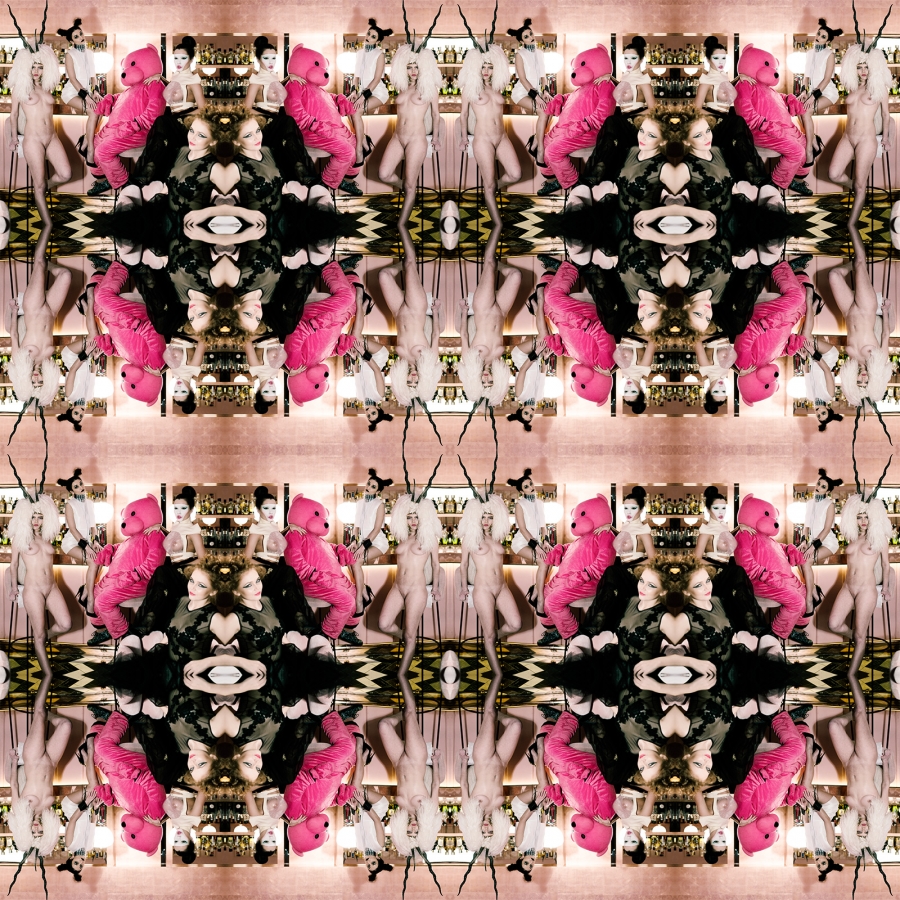 A 6am start & the team of 53 was pumped & raring to go...Vanessa Von Tain arrived fresh as a daisy in her Rock 'N' Roll outfit. Louise Thompson in her rose gold tipped trainers. We all scrambled into Starbucks for a caffeine fix, before turning it into a makeshift beauty salon. We then moved to Sketch.

A cast of 53 people sourced predominantly via social media - including artist Vanessa Von Tain who facilitated the shoot and Made in Chelsea’s Louise Thompson - took part in a daring, dawn photo shoot at Sketch, conducted by contemporary artist Paul Robinson.

The provocative shots taken at the party venue, reflect a contemporary version of ‘The Garden of Earthly Delights’, a triptych painted by Hieronymus Bosch.

Make-up, SFX artists and stylists including Lina Dahlbeck and Margarida Marinho - who collaborated with Paul after becoming fans of his work on social media - helped him bring to life, his unique take on the classic work.

The combination of life, adult and fashion models in nude and fantastical form create an intoxicating tableau of humanity for the viewer to take in. As in the original, you the viewer decide if it’s a moral warning or paradise lost.

The Pink Bear, an enduring and usually solitary figure in Paul’s work also features in the shoot as a fun and sociable character. He has taken a step into a different world in an attempt to understand himself better and is both at home and totally incongruous in the scene.

Paul said: ‘This was by far the hardest shoot I have ever done, given the 4-hour turnaround time from start to finish and the number of participants. But I’m grateful so many people gave up their time to support me and to Sketch for providing the perfect backdrop. The venue inspired me and allowed me to distort reality in a way that I wanted.”

The shoot is the start of a new series of work, including paintings by Paul exploring the theme of temptation.