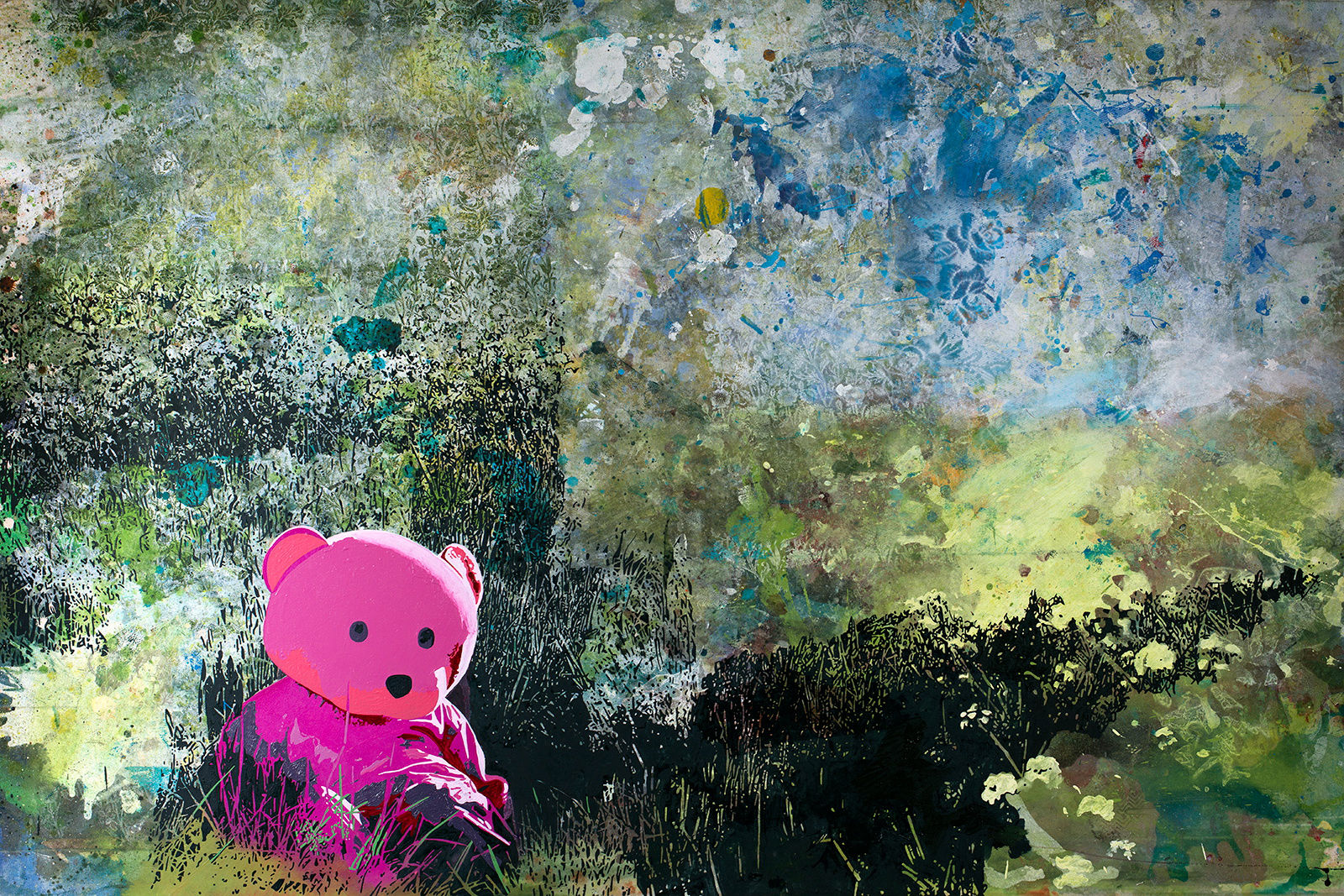 I invoked the carefree, tender childhood memory of a picture with Mum, Dad and my brother when we were kids, a giant stuffed 1980s neon pink bear stoically among us. The sheer memory of it brings a smile to my face and takes me to a place of love and safety. When I was uncomfortable in my own skin, I would go to the bear. The bear is that feeling of not accepting yourself in front of others, as you internalise it all and disconnect to be who you are not. The Pink Bear became the vehicle with which I crossed that bridge to the connection nature had gifted me.

The Pink Bear begins his journey photographed in the very forests that created him, bravely exploring the confusing, solitary sense of loss. Much like many of us have begun to feel when thinking of real forests on our planet. The Pink Bear, by melting away the fear and darkness with the warmth and joy of innocence lost with his presence, a hidden light in the darkness that allowed me to be the protagonist of my story.

The Pink Bear’s first forages onto my canvas also took him through those dark forests, seeking love, coming across lonely, all too lost. It turns out he had to be lost first to be found, and so the figment of my childhood illuminated the darkness of my work with joy and warmth, cast as the protagonist of his story, and I of mine.