A Pink Spectrum at OXO Tower 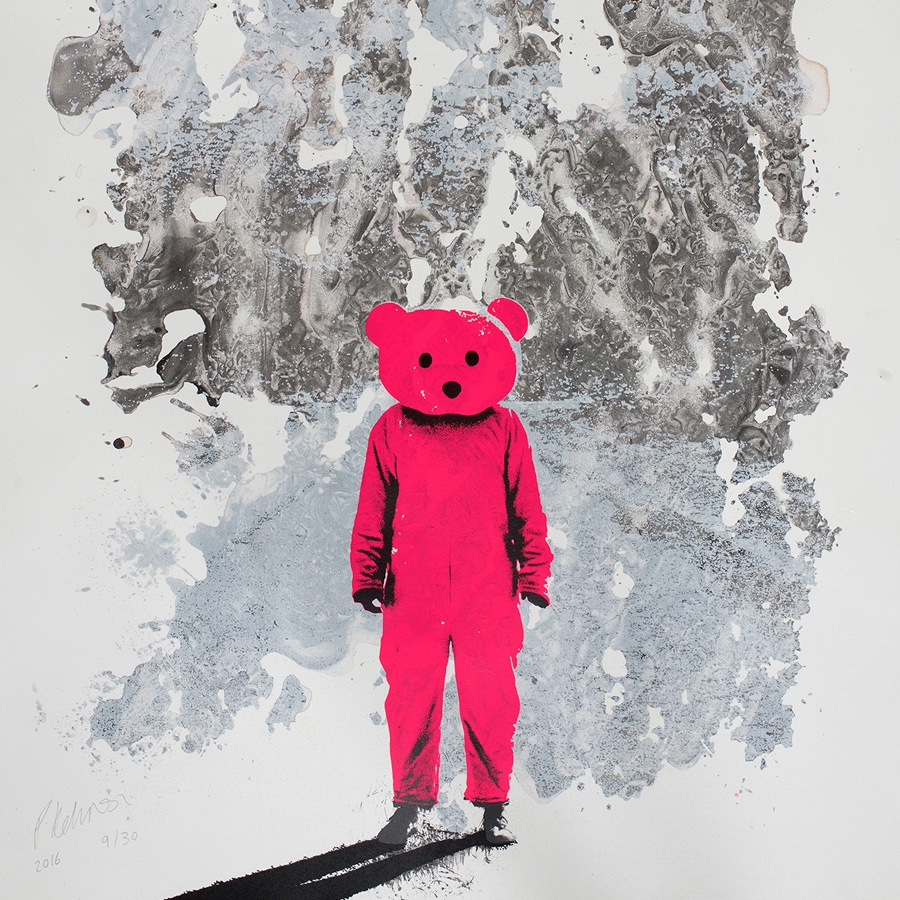 I was invited by the OXO Tower Brasserie to take over their gallery viewing gallery with my Pink Bear with the brief of creating something unlike anything they have seen in OXO before.

I created a piece called "The Pink Spectrum". I took inspiration for Andy Warhol’s "Eight Elvis’s", the only difference is I used 7 Bears and a lot more pink! Each bear has different coloured sneakers. Red, Orange, Yellow, Green, Blue, Indigo, and you guessed it Violet! Seven Bears and seven colours. Obviously the first bear is the posh one with his red bottomed shoes.

I'm super pleased with how the wall came out; it was nice to embrace repetition, rather than shying away from it.

Big thanks to Laura from Artemea, and OXO for organising it.

Enjoy the making of video

Getting my stencil ready for painting the next Pink Bear

Laying down the black. The neck looks like a huge smiley face. :)